“Be an owner, rather than a consumer”– My Wardrobe Revelation Inspired by Gold Zipper 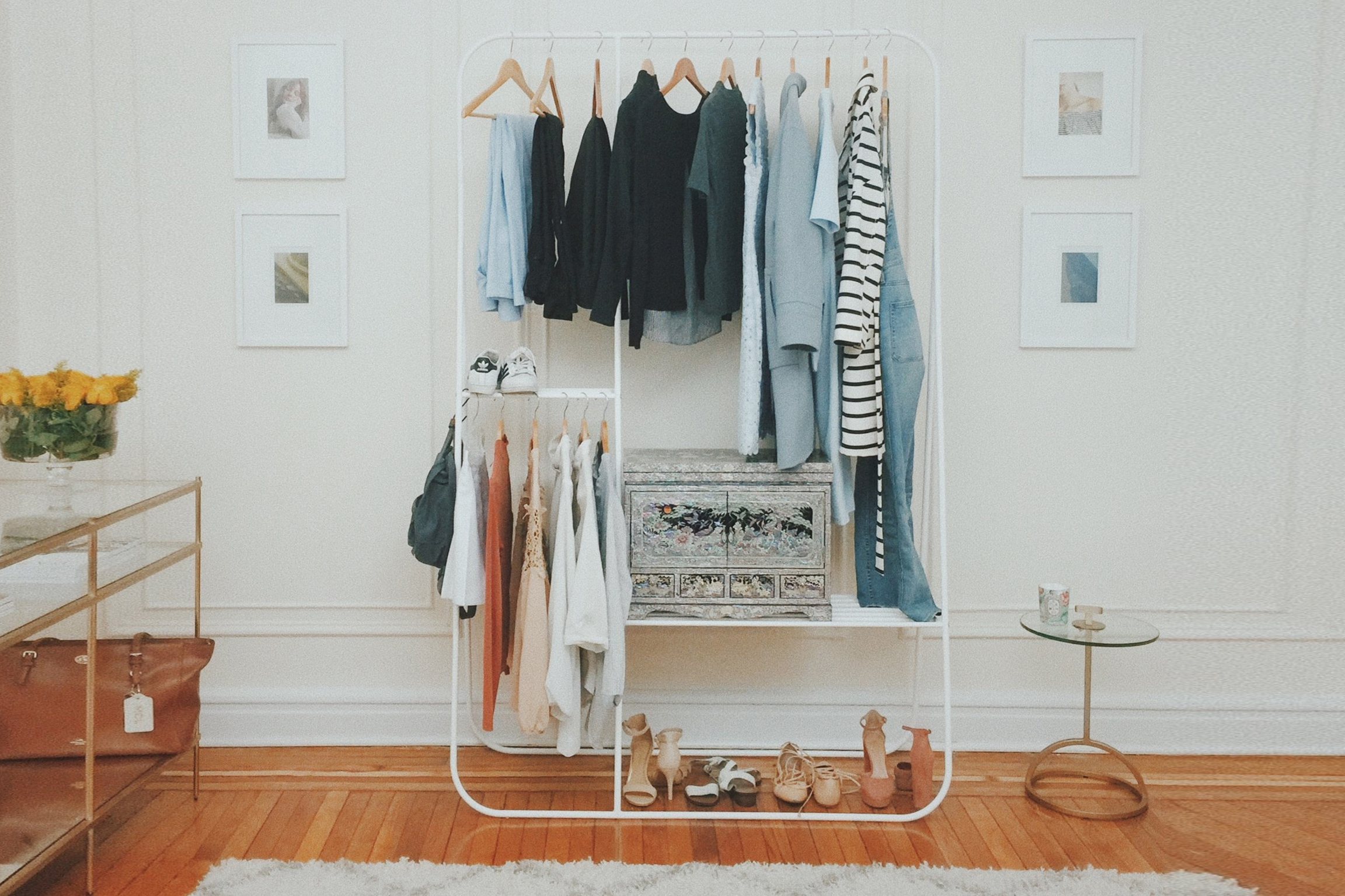 I’ve never known I was actually an irresponsible consumer…

Minimalism or simplicity was somehow at the opposite side of the spectrum of my life.

I was used to writing very long articles, bringing many many things with me in my go-to bag, having numerous thoughts flying over my head, and not to mention my room was always filled with countless stuffs. However, I had a special skill, that was, I could always tidy up my stuffs and make them “look” neat and organized, thus making myself think I didn’t possess that many stuffs. After twice of overwhelming packing before moving, and priced up by moving companies due to too many packages, I finally made up my mind to go minimalism, at least go simple. I read relative books, browsed through articles online and watched videos regarding minimalism. Then, I encountered Gold Zipper, founded by Maria Lee, based in New York City.

She made me realize that, I was actually an irresponsible consumer, rather than an owner who knew every goods she had.

Maria Lee, founder of Gold Zipper, grew up in an American journalist family. When she was only 14, she has already worked part-time in this industry. Without doubts, Maria majored in photo journalism in university; however, compared with theories, Maria preferred practices. Therefore, she endeavored and attained her bachelor’s degree within 3 years. Unexpectedly, after her graduation, she gave up her career as a photo journalist….

Maria’s internship experiences in photo journalism brought her a lot of impacts and contemplations. She could not stand being in the incidents without doing anything, and she also couldn’t bear her emotion affected at the spot. Besides, it took great labor to carry all the photography gears under any kinds of weather. The last straw that pushed Maria to leave journalism was because of the depressing atmosphere of the industry. She realized that life being in journalism was not what she wanted. And maybe, the motivation for her to quit journalism was “the yearn to get a job that is able to bring life positiveness and optimism.”

I kinda felt very interested, wanting to know more about this girl.

Then, Maria got married, moved to New York City from Indianapolis, and started telling her own stories, trying to inspiring people through her Youtube channel. What really made me fascinated by Maria was the first video I watched on Gold Zipper, “Wearing One Dress for One Month.”

How Does the “Wearing One Dress for One Month” Project Triggered a Series of Introspection?

I’ve been quite familiar with the concept of capsule wardrobe, of how to coordinate, of how to select a piece that goes well with many other ones, and of how to build one that suits oneself. However, it was the very first time for me to know this  “Wearing One Dress for One Month” project. Maria eyed on a black dress from & other stories’s window, and she decided to make this little black dress the protagonist of this project.

The video “Wearing One Dress for One Month” was shot with a rather romantic yet virtual way,thoroughly documenting Maria’s outfit with different accessories and coordinations for the whole month. In the process, Maria had been through denial, anger, then bargaining, depression and finally acceptance. When the project came to an end, and there was no need for her to wear this black dress any longer, Maria did not feel relieved, instead she felt awkward, so she wore this dress for three more weeks until the weather got colder.

What inspired me greatly of this video was not how to coordinate one dress with other accessories or pieces, but the transformation of Maria’s mood and thoughts, and the introspections she had, and thus led me to rethink the operation of the whole fashion industry.

This “Wearing One Dress for One Month” project triggered Maria to contemplate through the details of every clothes she owned. Not until this time did she realize how little she understood her own stuffs. She didn’t know the compositions of her clothes. Neither did she know where they were from. The more she got to understand her clothes, the more she found the truth of the ready-to-wear industry, like the pollution the industry caused and the exploitation of workers. These all surprised Maria greatly. She suddenly felt herself an accomplice of the ready-to-wear industry, jeopardizing the environment and human rights.

Probably with some cultural misunderstandings and stereotypes, along with my personal experience, North Americans are undoubtedly on top of the consumption list among the whole world. They are used to turning their air conditioners to an extremely low degree, almost did not recycle, and threw away food easily without feeling guilty. However, among all these “typical” Americans, there are also some people non-consumptive at all, even working hard to protect the environment, Maria is one whom.

She experiments with her own life, develops and creates high quality videos with her professional skills as a photo journalist to express her thoughts: “The amount of clothes we need for leading a stylish life, is far less than we actually think. We can still be fashionable and chic with merely one piece of clothes in a whole month.”

In addition to this, when we are seeking our personal styles, it is as important to know our wardrobes as to know ourselves. Where is this piece from? When did I buy it? Who’s the producer? What materials did it made of? And even when does this item need to be repaired? What feelings do the clothes bring? And eventually, we get to understand every item we own completely, then being able to construct our own characteristic styles.

Simplicity is An Art Stewed Within Time

At present, Maria still has pieces from fast fashion brands in her capsule wardrobe, but there’s nothing wrong with that. She starts choosing clothes made from organic materials or pieces from labor friendly companies, phasing out the chemical fibers from mass production step by step, instead of spending a lot of money on new ones and throwing away clothes that are still wearable all at one time, which causes more waste. After all, a perfect, or in other words, a suitable capsule wardrobe requires time to build, to cull out the unsustainable ones and to join quality ones that best represent oneself. Maria now documents every piece of her clothes, accessory and every pair of shoes she owns, about their compositions, dates of purchase, price and current status on her website. She even makes a map of where all her stuffs come from. What Maria does seems to be just documenting, but actually, she is inspiring people with series of stories.

To know our wardrobes is not only a way for us to purchase stuffs more consciously, but also a responsible attitude toward the goods we have. Through this, we’re not consumers who only pay to take stuffs home, but owners who really know and cherish the things we possess.

In the video, “My Winter Capsule Wardrobe Uniforms”, Maria introduced some important pieces in her winter capsule wardrobe, talked about some interesting fashion history related, and also thought through the relations between capsule wardrobe and “uniforms.” Frankly speaking, the concept of capsule wardrobe urges people to know themselves, to choose clothes that suits themselves well, to not waste, and meanwhile, to accentuate styles and personalities through people’s choices. The selected pieces in our wardrobes become the most idiosyncratic representations of our personal styles.

Repairing Stuffs is Not a Saving Tip, But a Training of Saving Up Resources

In this relatively fast pace society, when something is broken, no matter it is an electronic device or our daily essential, the first and probably only thing we’ll do, is to throw it away and then buy a new one. After all, the repairing fee is almost as much as the price of buying a brand new one. Despite of this, there is still someone willing to repair stuffs used for years rather than making new purchases.

Stuffs that are repaired do carry more stories and memories of us, and avoid extra natural resources consumptions. Dated back to 50 years ago, who did not repair their socks and clothes? Maria got her shoes repaired rather than shopped for new ones. It’s not easy, for me and perhaps for most of the people. Some of her shoes have their surface scratched, and some had the soles worn out, but after repairs, they are as good as the new.

“Not until graduating from graduate school and starting working, did I gradually embrace the concept of capsule wardrobe,” Maria said.

Back then, all her clothes were a bit conservative and even dated. Maria did not know what a “right” business attire should be like. All she wore were pant suits and bottom down shirts. Nevertheless, when she narrowed down the items in her wardrobe, she felt easier to coordinate and started to notice different patterns, color palettes, materials, silhouettes and cuttings of apparels. Possessing only a few items makes her to cherish them even more. When they are worn out or broken, because of the care and love of the stuffs, Maria tends to get them repaired.

Maria hopes her channel Gold Zipper can encourage viewers to know their wardrobes better. Knowing where every piece of clothes come from, who produced them, and any other relative details is equally important as constructing one’s style. As for the name, “gold” indicates quality and beauty, whereas “zipper” not only means a part of the apparel compositions, but also signifies the connections of people and ideas surrounding capsule wardrobes. How about we all joining Maria and becoming a capsule wardrober?

After a brief conversation with Maria online, I found out that this girl talking with modesty and gratefulness, yet with strong beliefs, is actually the same shy yet persevered speaker, who sticks with her own ideas and makes incredible videos on Youtube.

Now, even though I still own so many items in my wardrobe, compared with the wardrobe years ago, it has been really simple.

Simplicity can never be achieved in short time, so is knowing our own wardrobes. Maybe knowing our wardrobes is sometimes even harder than knowing ourselves. Building up a consciousness of knowing the birth place and tomb of our clothes, and thinking more carefully and thoroughly before every purchase we make, helps us save up every penny spent on impulse shopping, reduce unnecessary wasting, and what’s more, endow our stuffs with the respect they should have had.

I really expect I can transform from an unconscious shopaholic into an owner who knows her items really well and creating memorable stories with them again and again.

After watching Maria’s videos, I start to research through the problems resulted from ready-to-wear industry. I read relative books as well, like To Die for: Is Fashion Wearing out the World? and Overdressed: The Shockingly High Cost of Cheap Fashion. I will share some of my reading notes with you afterwards. Stay tuned! 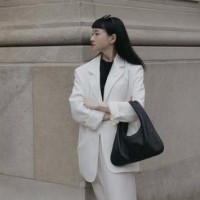 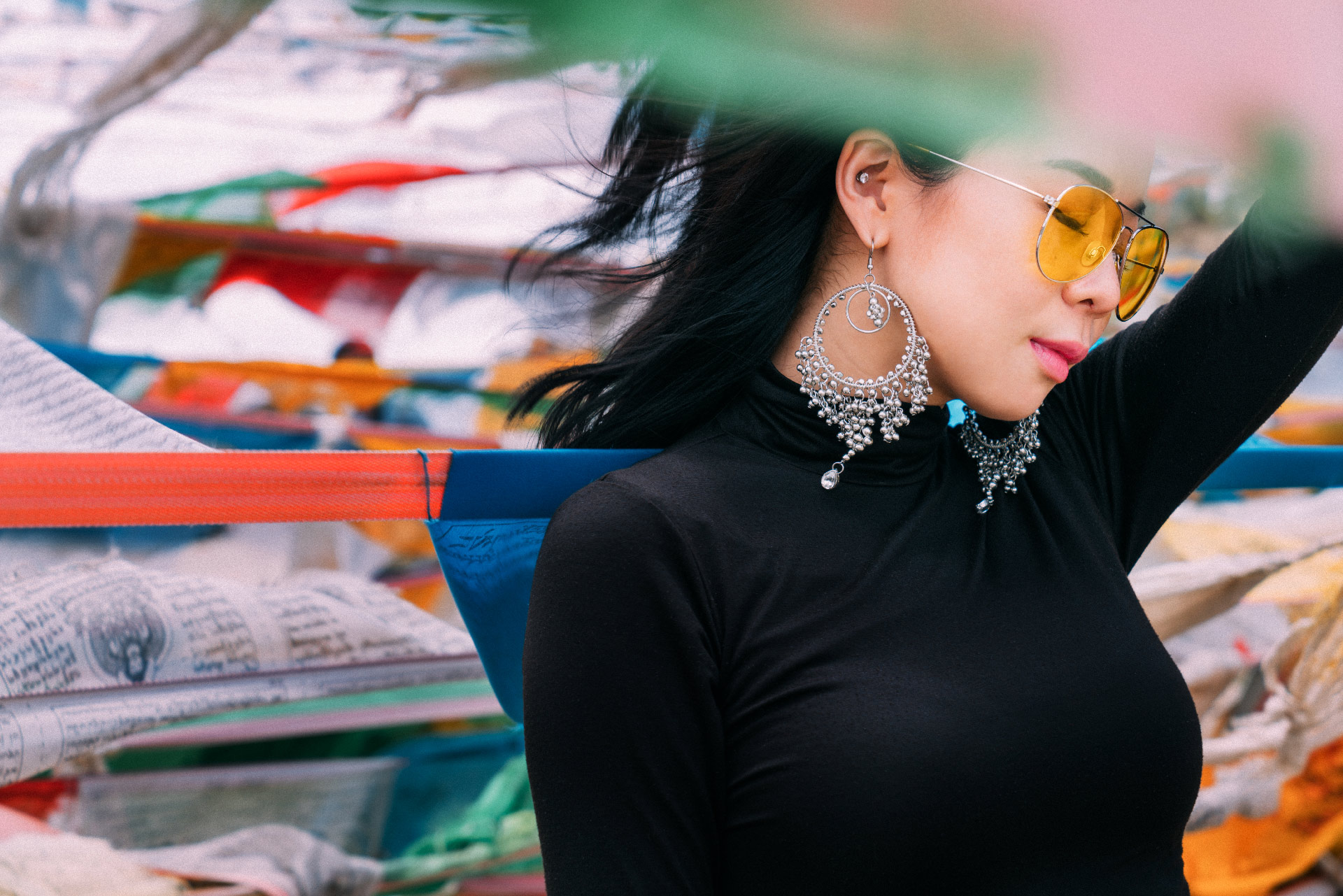 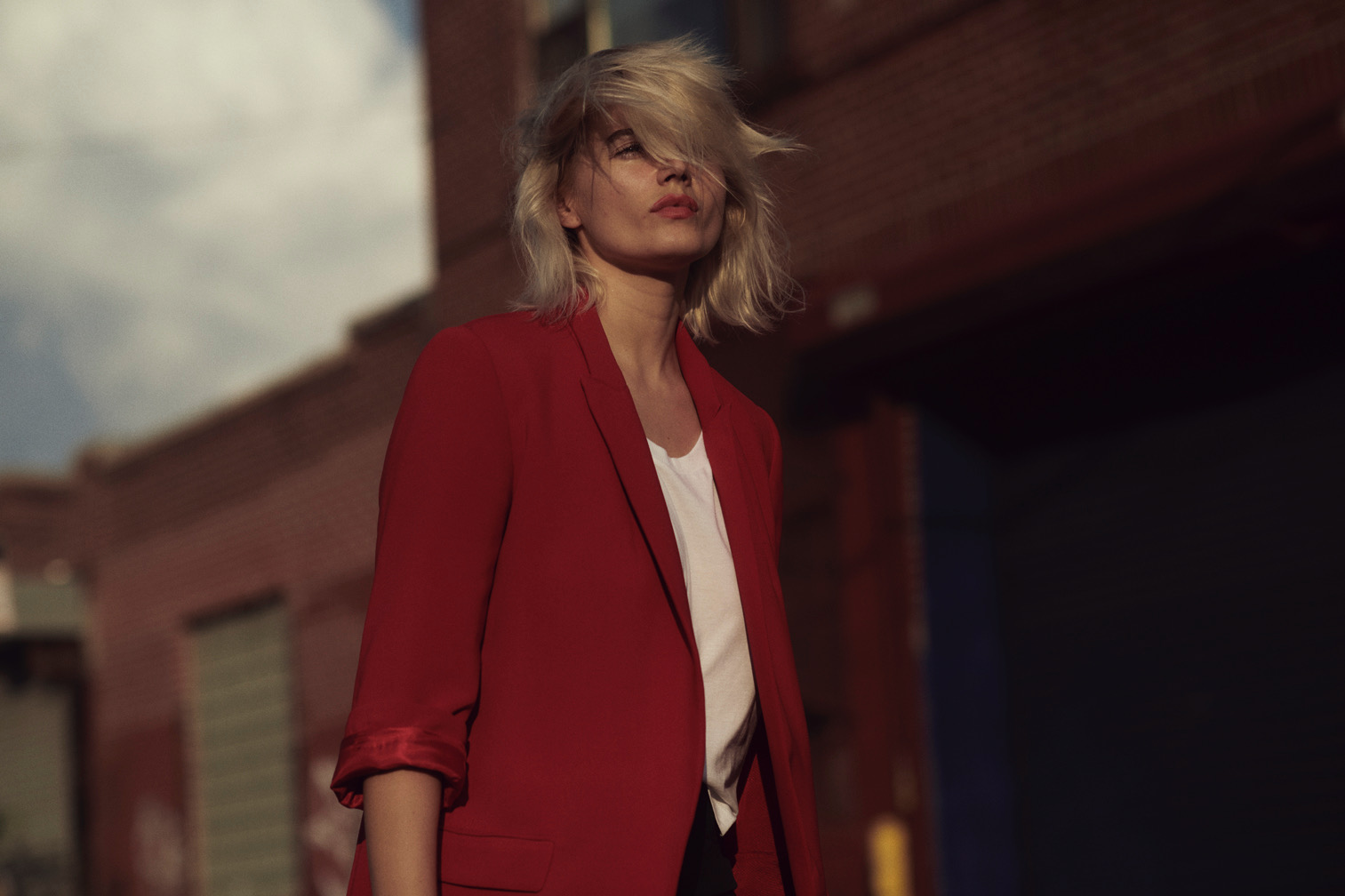 Interview｜Sometimes “Not Knowing” is a Good Thing. It Brings You to Places You’ve Never Imagined–Interview with Model KhrystyAna Kazakova

7 People reacted on this 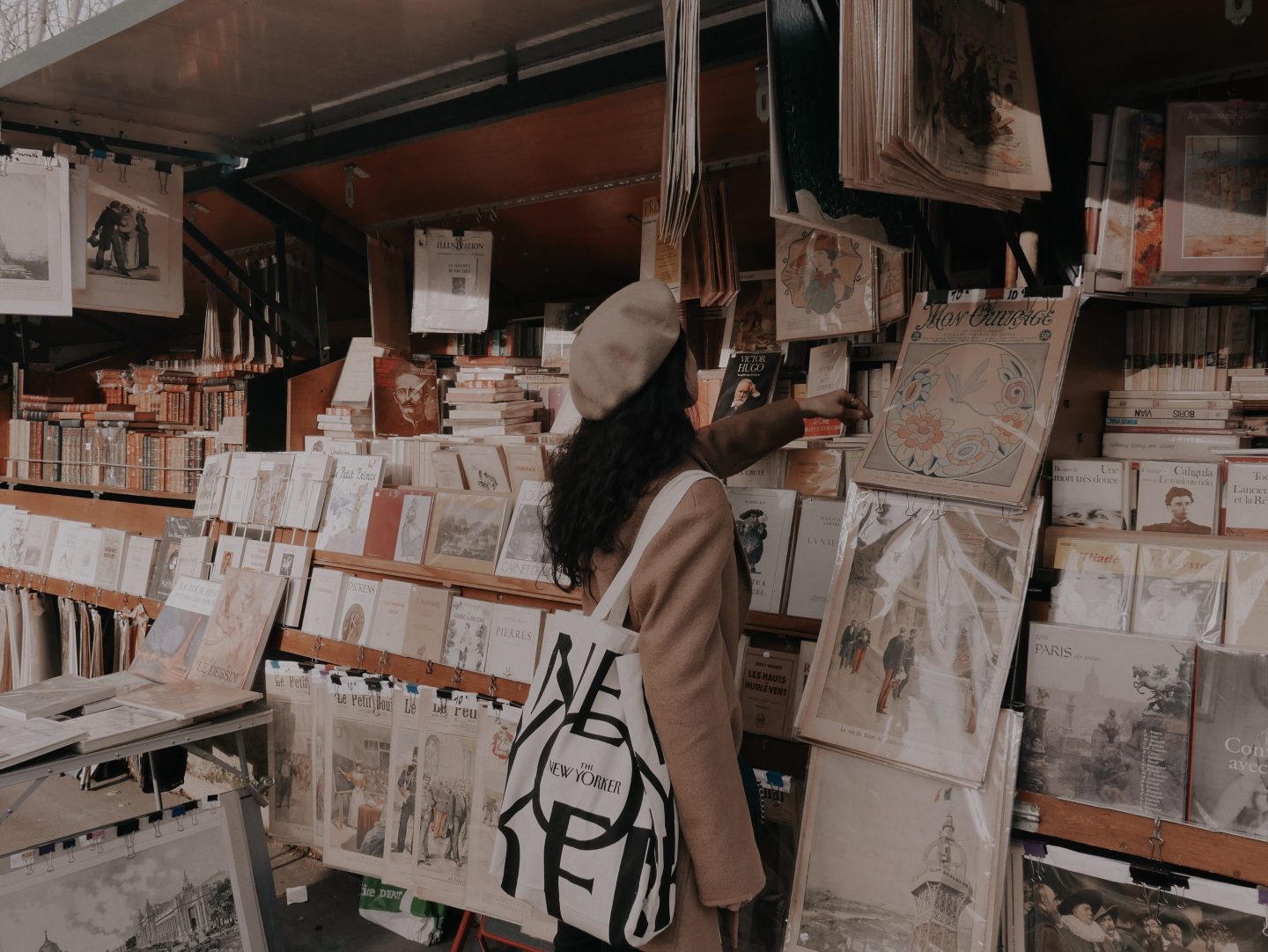